Ten years ago, Shulamit Aloni, a former Palmach fighter and Israeli Knesset and cabinet member, gave an interview to Amy Goodman on Democracy Now. Below is part of what the interview:


Goodman: Yours is a voice of criticism we don't often hear in the United States. Often when there is dissent expressed in the United States against policies of the Israeli government, people here are called anti-Semitic. What is your response to that as an Israeli Jew?

Aloni: Well, it's a trick, we always use it. When from Europe somebody is criticizing Israel, then we bring up the Holocaust. When in this country people are criticizing Israel, then they are anti-Semitic. And the organization is strong, and has a lot of money, and the ties between Israel and the American Jewish establishment are very strong and they are strong in this country, as you know. And they have power, which is OK. They are talented people and they have power and money, and the media and other things, and their attitude is "Israel, my country right or wrong", the identification. And they are not ready to hear criticism. And it's very easy to blame people who criticize certain acts of the Israeli government as anti-Semitic, and to bring up the Holocaust, and the suffering of the Jewish people, and that is justify everything we do to the Palestinians.

You can watch the entire interview on Democracy Now. The segment quoted above starts at about 50:51.

This work is licensed under a Creative Commons Attribution-ShareAlike 3.0 Unported License. 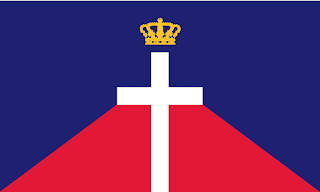